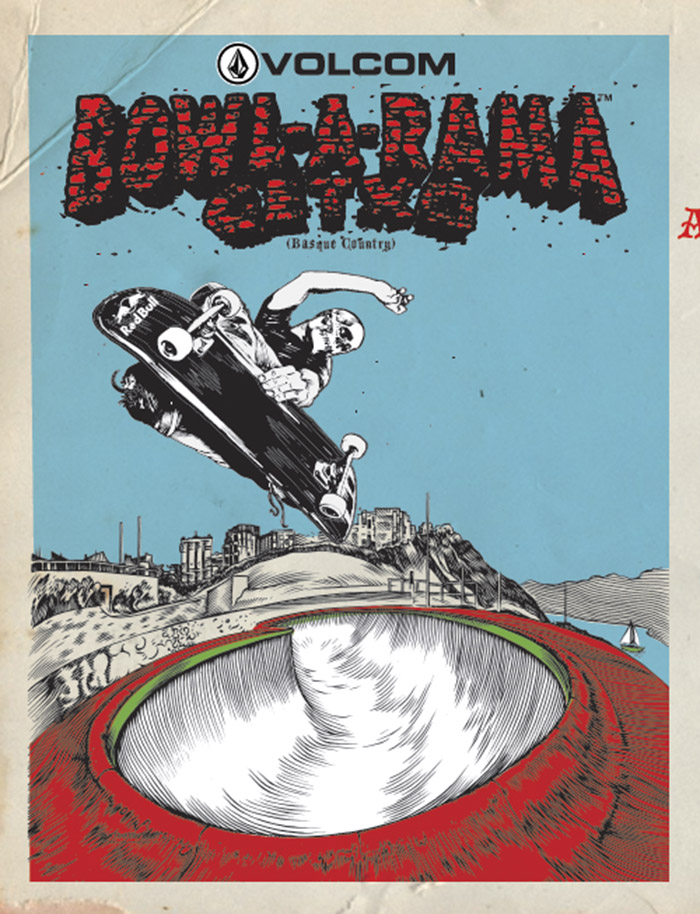 The countdown is on, with only a couple of days until the inaugural Volcom BOWL-A-RAMA Getxo. It’s a week dedicated to celebrating La Kantera skateboard culture, kicking off on September 2nd through till the 7th, with the competition taking place on Saturday September 6, 2014.

“A bowl on the beach in summer in Basque Country with one of the best line ups ever for a comp. I can’t believe I get to be a part of this. I know I should be working but I’ll be fanning out pretty much the whole time. BOWL-A-RAMA is not just about the comp, it is about the gathering of all of our friends for a week celebrating what united us in the first place – skateboarding. Volcom and Getxo are letting us through one massive party. Come and enjoy it with us.” Chad Ford. 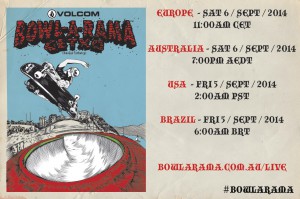