2013 – It’s a new year and new road trips will soon be upon us. There’s a lot of new spots that have been or just been completed here in Sweden just before the snow came down. So there’s plenty to look forward to when the spring comes. There’s even a new indoor skate park opening soon in Halmstad, which looks like it’ll be pretty rad. So hopefully winter won’t be so depressing.

So what have you been doing in 2012? Well here in Sweden the Swedish Skateboard Awards (svenskaskateboardgalan) are giving you the chance to vote for…

Årets Bild = Best Photograph (the jury will be voting who gets this). 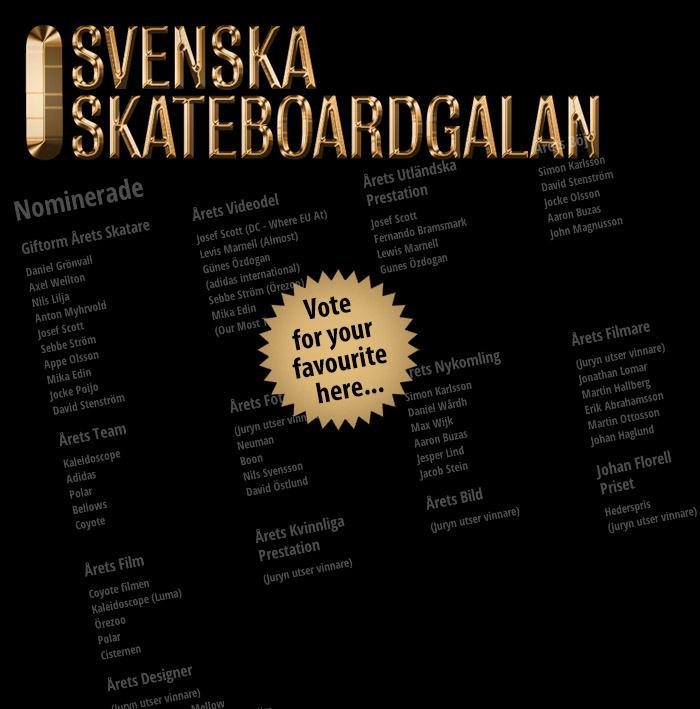 Stoked to be nominated again 🙂